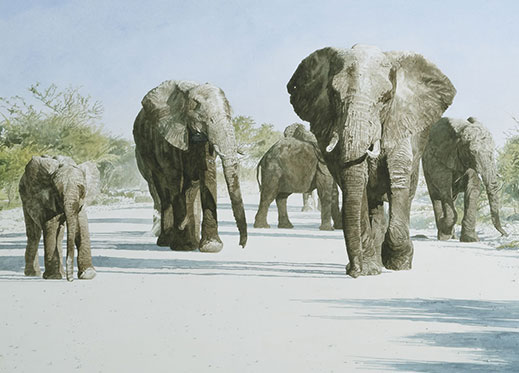 With the degradation of the planet and its natural resources and rapidly diminishing reserves of wildlife, artists have a major role in focusing public awareness on the wilderness and its preservation.

Having lived in Africa all his life and painted globally from New Zealand to North America, Garth's work can be recognized by its incredible realism, wide open vistas and sweeping panoramas; and although proficient in acrylic and pencil, watercolour remains his passion.

"...when someone views my paintings, I want to immerse them in the moment, so they can think of nothing but what they're seeing; I want them to be a part of it, to feel the heat, to taste the dryness and smell the coming rain on the wind."

His formative years were spent at boarding schools and on a farm in Zimbabwe, which nurtured his creative instincts: very early in life, he knew he would be an artist. On leaving school, he studied Fine Art in Durban, South Africa, where students were encouraged to express themselves anyway they saw fit and it was here that he discovered watercolour. After a few false starts to his career, Garth travelled the world for four years, painting and perfecting his craft.

Returning to South Africa, he now paints full time and his work is sought after by hunters and collectors alike. 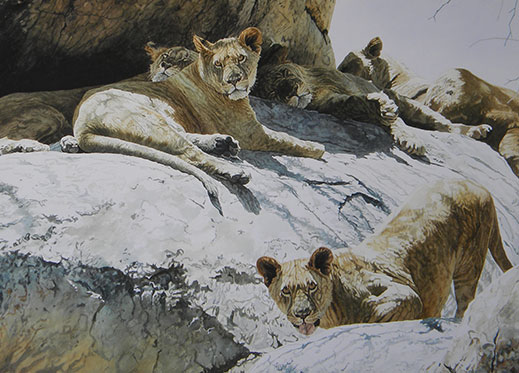 "...the world and its wilderness are changing so quickly, our descendents will be fortunate to experience what little remains, so I paint from my heart, hoping to capture a moment in time, and hopefully my paintings will go some way in preserving the wild places so they will always be with us..."